allsportstaff
Sam Roush isn’t waiting around. The 6-foot-5, 225-pound junior tight end for Northern California power Valley Christian (San Jose) announced via Twitter over the weekend that he is transferring to Lipscomb Academy (Nashville, Tenn.), coached by former Super Bowl-winning quarterback Trent Dilfer.
While most California high school sports continue to be on pause due to the coronavirus pandemic, Roush plans to play next fall for the Mustangs, who are coming off an 11-3 campaign. Roush will then return to Northern California to attend and play for Stanford in 2022.

Roush is considered the nation’s fifth-best junior tight end prospect according to 247Sports. He’s picked up 17 college offers, including Arizona State, Duke, UCLA and USC. His father played defensive back at Duke in the late 1990s. 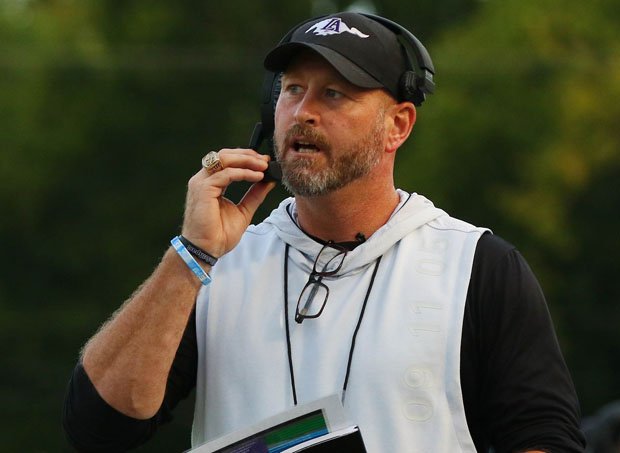 California hasn’t had a football season this school year. Plans to start up in January were put on pause due to the state health department guidelines on youth sports.

Low-risk sports such as golf, tennis, cross country and swimming can compete in counties that are in the purple (widespread risk of virus) tier. All other sports, like football, basketball and baseball, are on hold until their counties move to more favorable tiers.

Despite two weeks of ongoing meetings between the California Interscholastic Federation, Let Them Play CA coalition and Golden State HS Football Coaches Community with Gov. Gavin Newsom and his office, no new guidelines have been offered. Hopes that a resolution would come last week might be weeks away, according to reports, which would all but end the likelihood of a football season.
The CIF has said a potential season could end as late as May 1 while many of the state’s 10 sections have set the final date at April 17. Either way, time is running out, and perhaps that is why athletes, coaches and parents are turning to other options.
Multiple reports reveal that club football is on the rise and besides Roush, at least two San Francisco Bay Area head football coaches have quit their jobs to take lesser positions in Tennessee.
https://www.maxpreps.com/news/Iu89XT6CHE2p2UaicFM8Qw/high-school-football–california-star-sam-roush-heading-to-tennessee-to-play-for-trent-dilfer.htm
share